Physiological response to alterations in [O2] and [CO2]: relevance to respiratory protective devices

Millions of workers rely on respiratory protective devices (RPD) because of workplace inhalation hazards. Many workers also engage in increased physical activity while wearing RPDs. Demand is placed on the RPD to supply oxygen, purge carbon dioxide produced from the breathing space, and still provide respiratory protection. Moreover, changes in the composition of the breathing atmosphere result in significant physiological responses, mostly affecting the cardiopulmonary systems, which permit short term survival or may result in long term adaptation to the changed atmospheric composition. However, these changes can have a significant impact on the ability to perform occupational tasks and can potentially result in injury and death. This article provides a review of the origin of the earth’s atmosphere, the physiology of respiration and responses to changes in environmental concentrations of oxygen and carbon dioxide, impact of exercise, and their relevance to respiratory protection in various occupational settings. In addition, O2 and CO2 concentration limit values verses time have also been identified which, if not exceeded, would not be expected to impose physiological distress. However, since changes in the concentrations of these gases in the breathing atmosphere can strongly influence ventilation, RPD function and the physical performance of an individual during respirator wear may be affected. Increased ventilation will place demands on respirators that could result in increased breathing resistance or impact the performance of filter elements. Increased concentration of CO2 in the breathing space of an RPD may result in a sensation of dyspnea to the degree that the wearer may remove the RPD. Hypoxia may occur unnoticed by the wearer of RPD and the individual may lose consciousness with no warning. This could result in injury or fatality if the loss of consciousness occurred in a dangerous situation (e.g., firefighting, underwater diving, search and rescue activities). Therefore, “scrubbing” or clearing CO2 from the breathing space, as well as careful monitoring of the atmosphere, is as critical to wearer safety as selection of the proper RPD for the complete protection of the user. 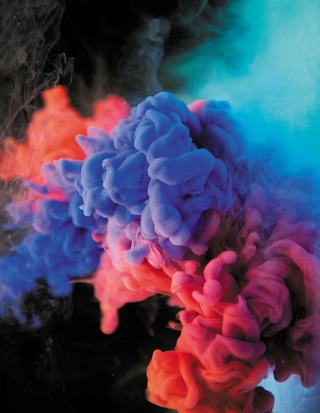